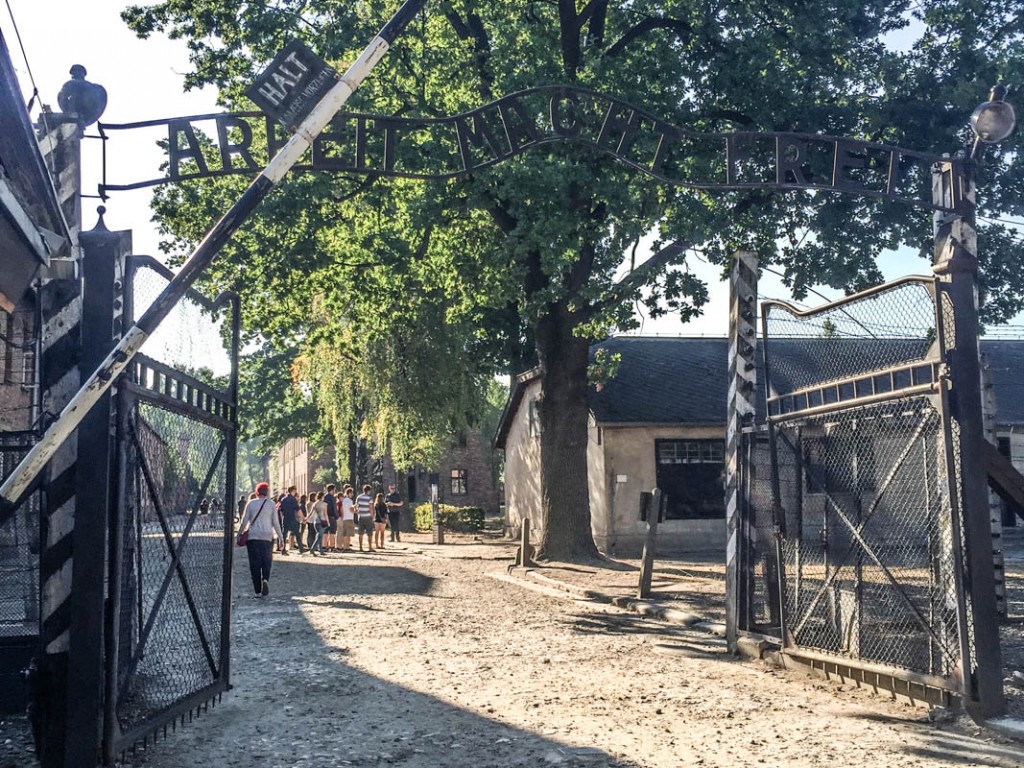 When Chris and I started planning our RTW trip, we made a short list of our absolute must sees for the year. The Great Wall of China. Borobudur. The Kremlin. The Taj Mahal. Machu Picchu. And Auschwitz. That last one certainly sticks out from among the rest. But Auschwitz was just one of those places we felt like we needed to see with our own eyes during our lifetime.

For me, I remember reading about the horrors of the place in history class. We learned about Hitler’s initial aggression and Western appeasement, Pearl Harbor, the Allies and the Axis, D-Day, the German defeat, Hiroshima and Nagasaki, and the eventual end of the most widespread war in history. There was always a separate section on the Holocaust. It was usually filled with a lot of facts and figures, and most of the photos were censored enough for middle and high-school textbooks. Stories about Anne Frank and novels like Sarah’s Key helped to show the impact of this suffering on individual lives. But even through I only knew about the Holocaust from books, I still remember always regarding it as the greatest human tragedy I’ve ever learned about.

But none of that would compare to how I felt after visiting Auschwitz in person. Chris and I took a bus about an hour outside of Krakow to the town of Oswiecim (the Nazis chose this town for its remote location, because it had deserted Polish army barracks already set up, and its proximity to industry and a railway network) and were one of the first people to enter the complex a little after 8 o’clock in the morning. Immediately I was struck by the realness of the place I had read so much about. Walking along the well-preserved buildings really hit home for me that something as terrible as this happened so recently. In a mature, developed place like Europe, just two generations ago when my grandparents were around my age. 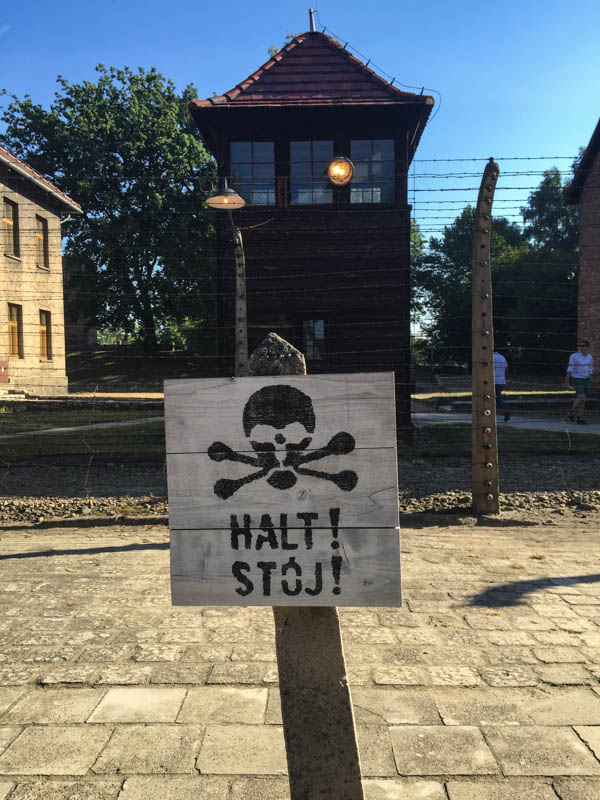 We entered the camp by walking under the sign “Arbeit macht frei,” the cynical (and false) greeting to prisoners each day in German that “Work brings freedom.” We walked along the prison blocks and visited the exhibitions now housed inside. We walked through one especially difficult exhibit that displayed an entire room of piles of human hair behind glass that Nazi officials had not yet managed to sell to the German textiles industry and was recovered from camp warehouses after the war. We saw thousands of broken glasses, shoes, prosthetic limbs, and suitcases. We saw the evidence of mass murder. 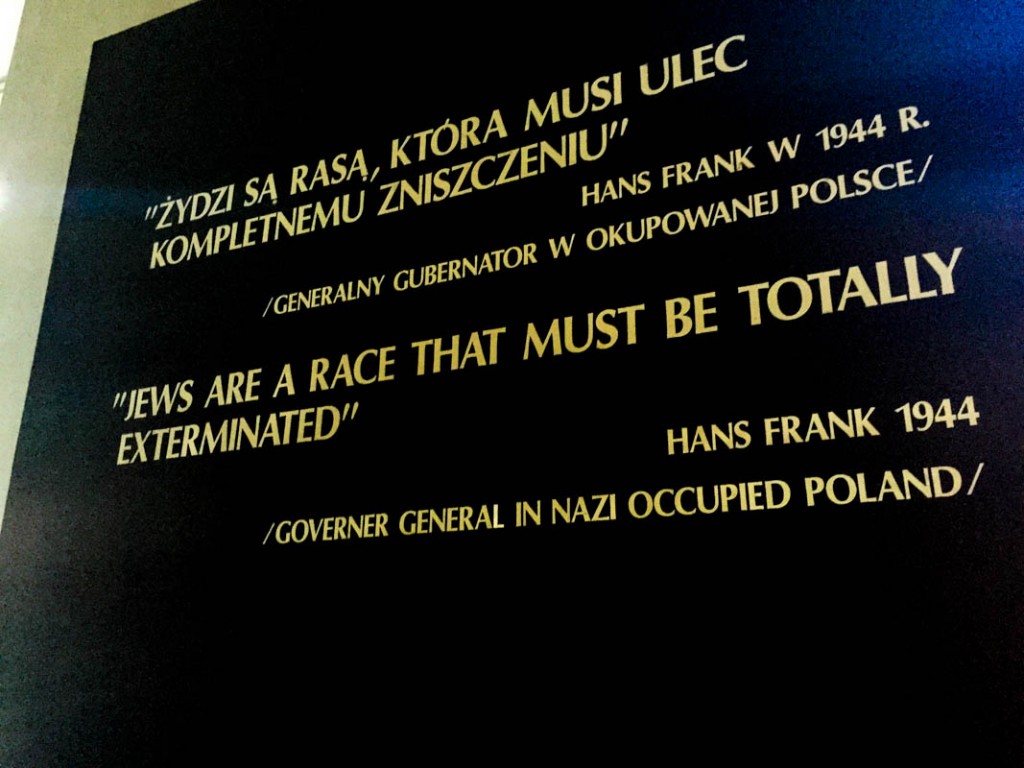 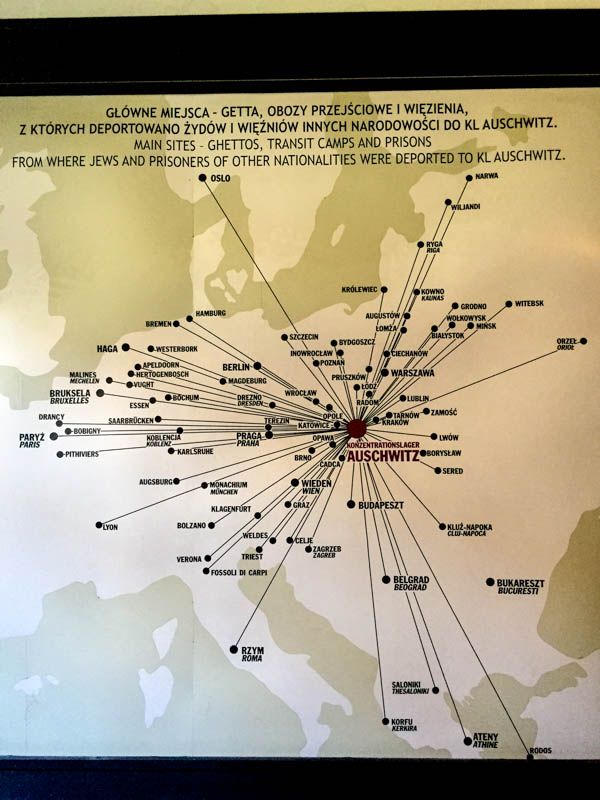 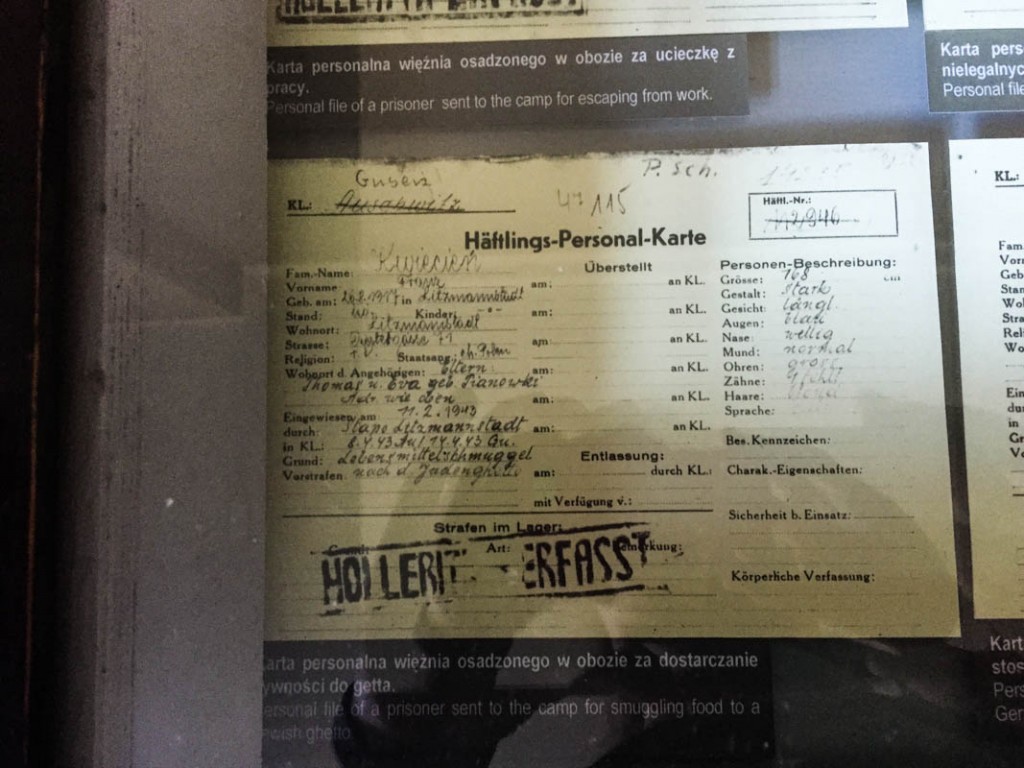 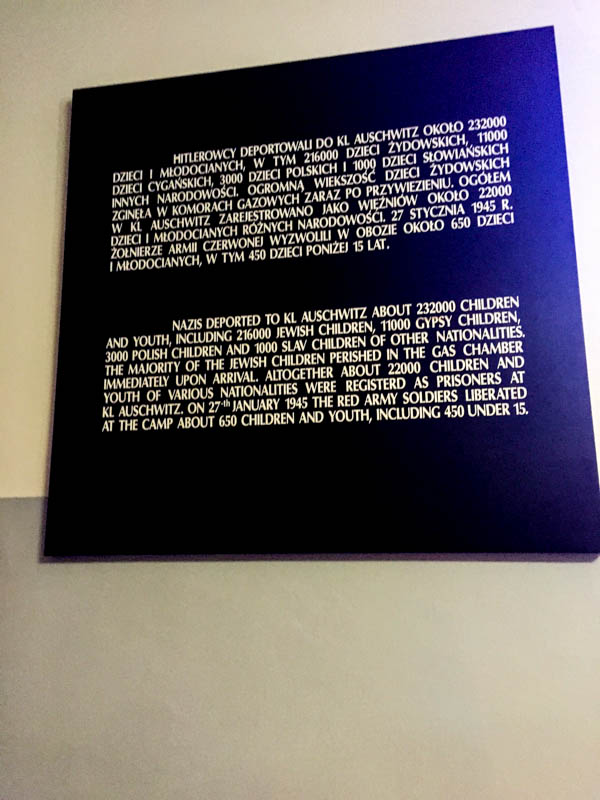 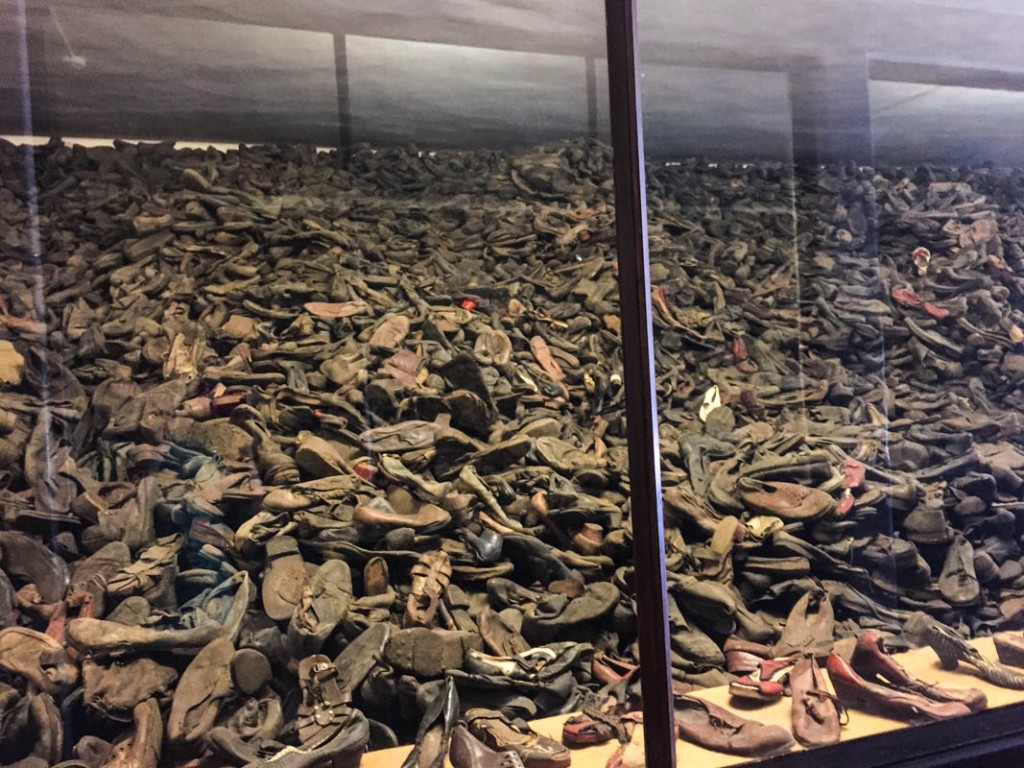 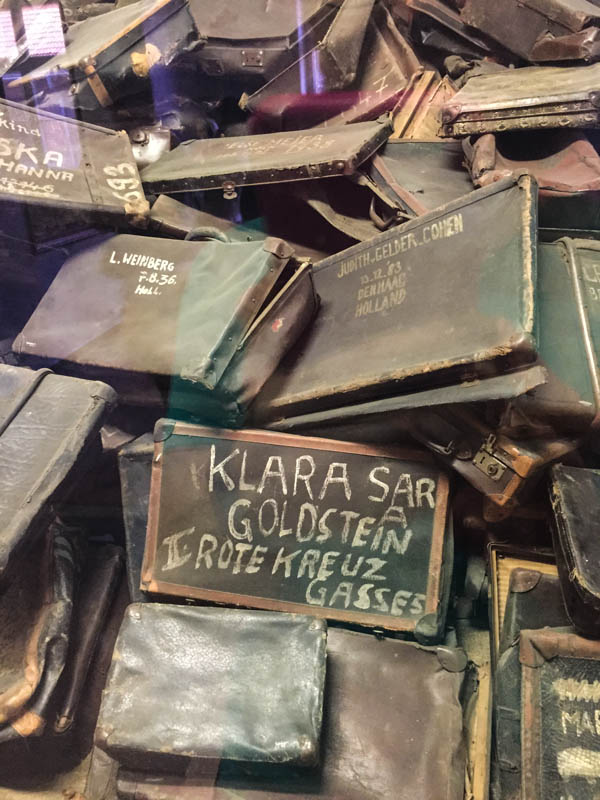 We walked on and then saw photos of the effects of starvation on the prisoners. We saw photos of women and children who were subjected to the criminal experiments of Dr. Mengele. Outside, we visited a courtyard with a special reinforced wall designed to prevent bullet ricochet where SS officers would execute prisoners. We saw the wooden blinds on the surrounding barracks to hide the murders. We walked inside Block 11, known as the Death Block, and into the cellars to see where the Nazis conducted their first experiments with Cyclon B (the agent they would later use for their industrialized killing). We saw the starvation cell where Father Kolbe died after volunteering his life for another prisoner’s. We saw the standing cells were prisoners undergoing special punishment were locked. 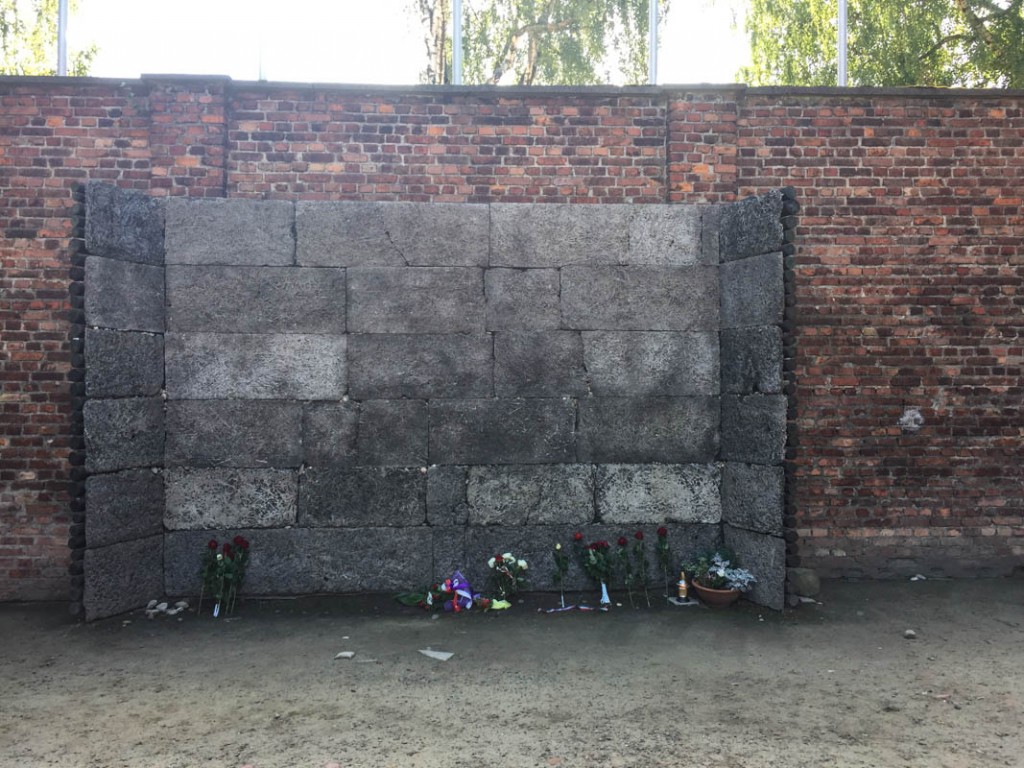 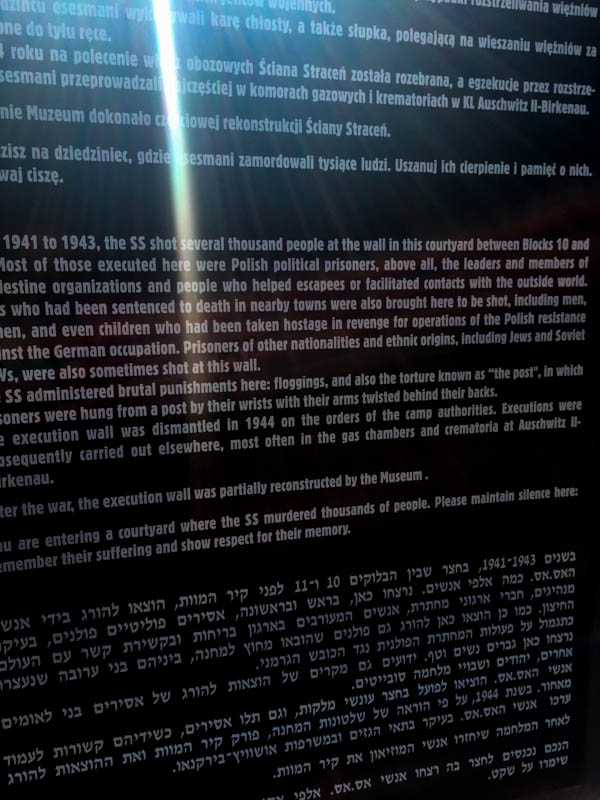 Then we visited the first crematorium at Auschwitz. We found ourselves entering completely alone, with no museum guards or other visitors, since most tour groups hadn’t arrived yet. We stood in a cement room that was used as one of the first gas chambers. Next door, we saw some of the first furnaces that were used to burn the bodies of those killed. 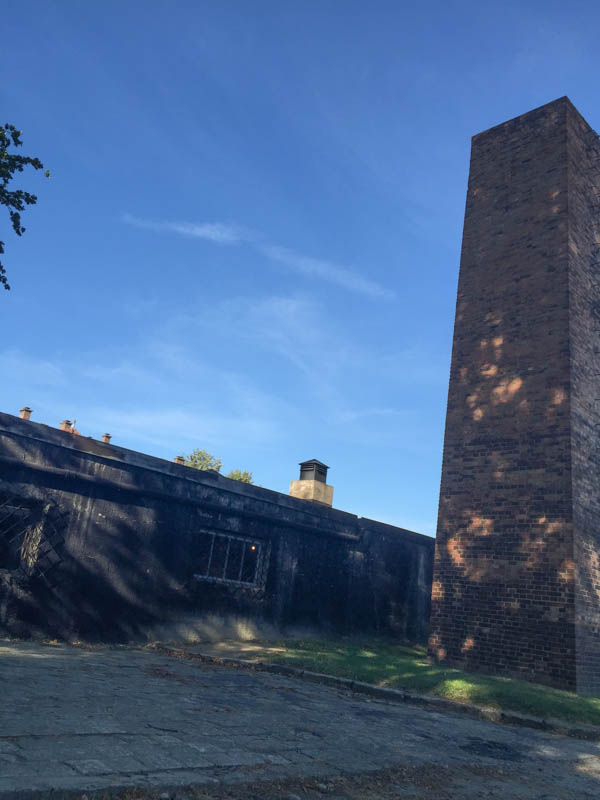 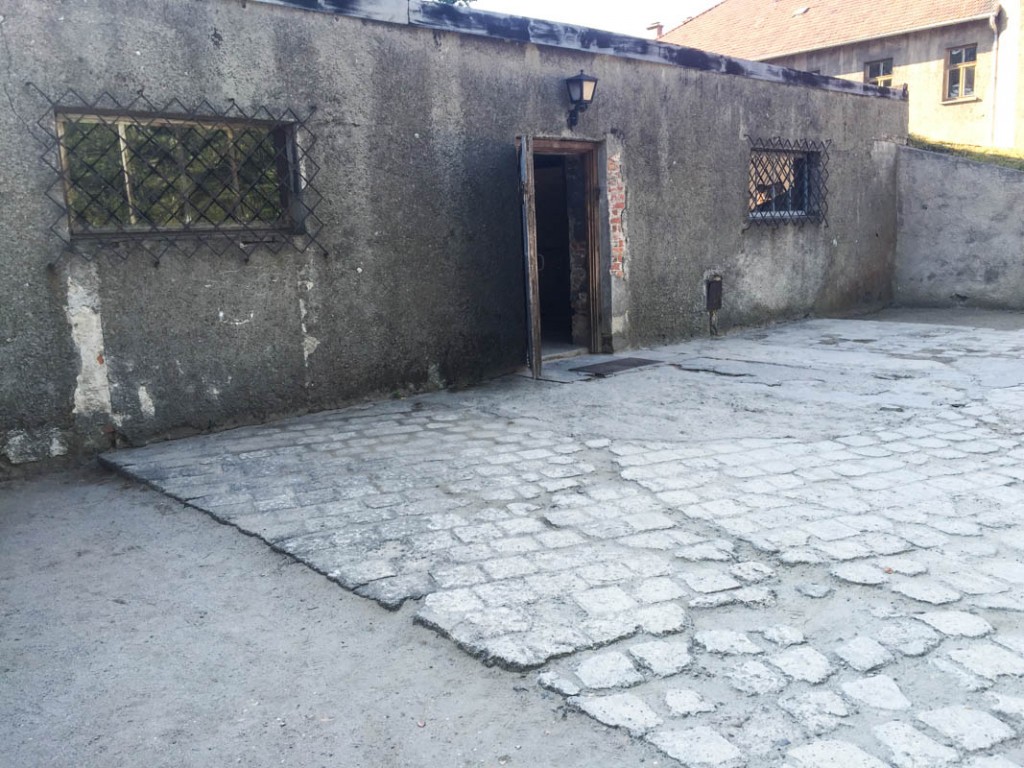 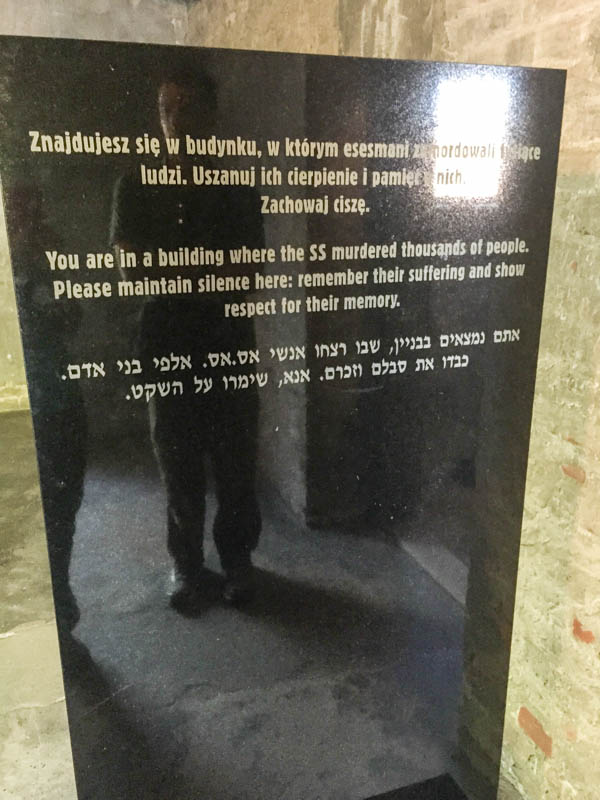 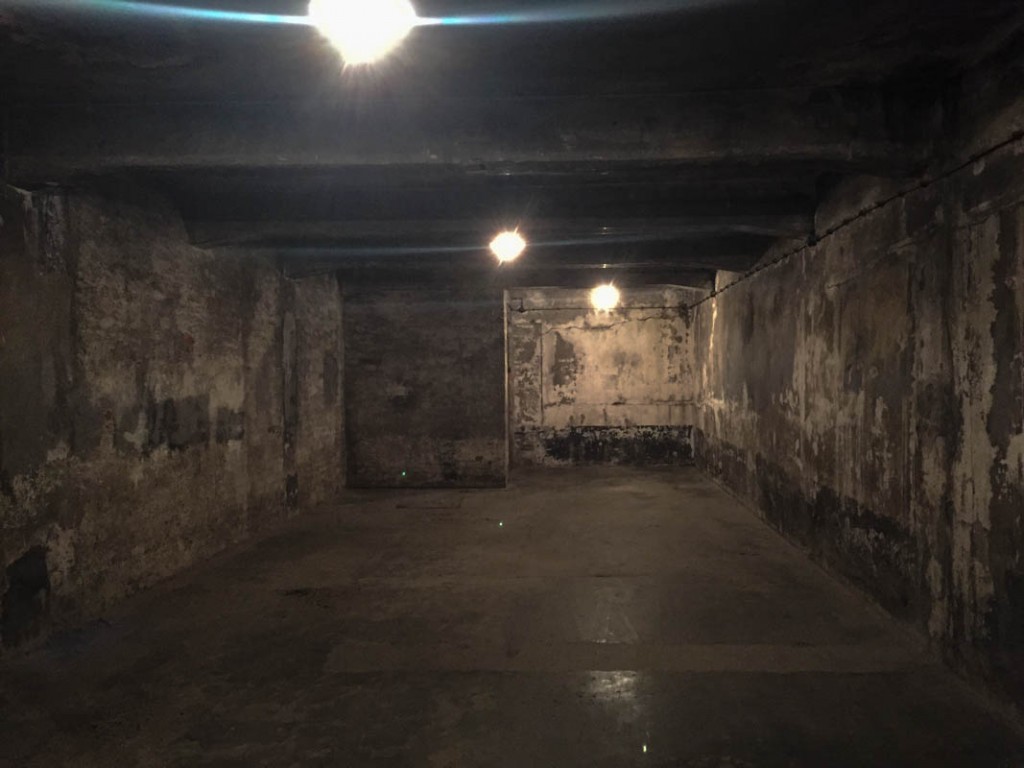 Then we took a short bus ride to Birkenau (also known as Auschwitz II), which was designed to allow the Nazis to exterminate and cremate prisoners on a much larger scale. We saw the selection platform where families were split up and deportees were chosen for immediate death or work (delayed death). We walked along the burned remains of the prisoner blocks and saw four crematoria that the Nazis destroyed towards the end of the war to hide their crimes. We saw a pond where ashes from countless human bodies were dumped. 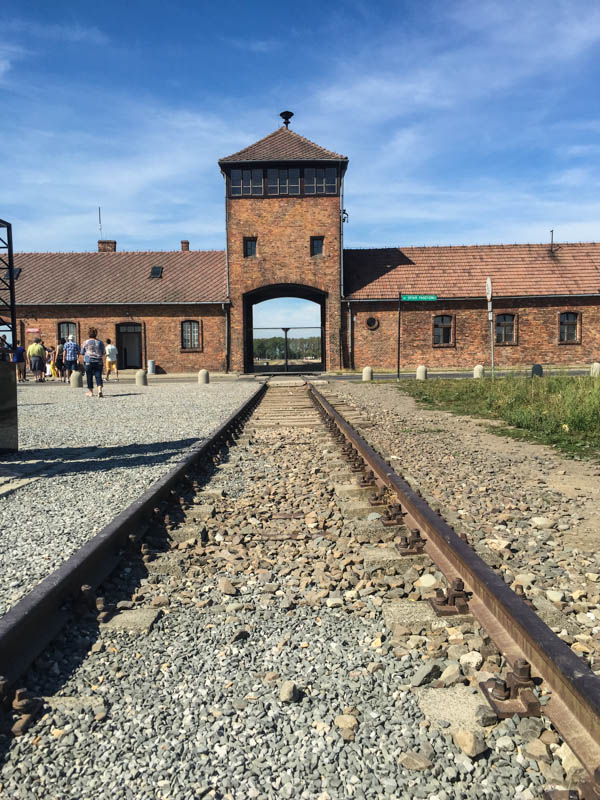 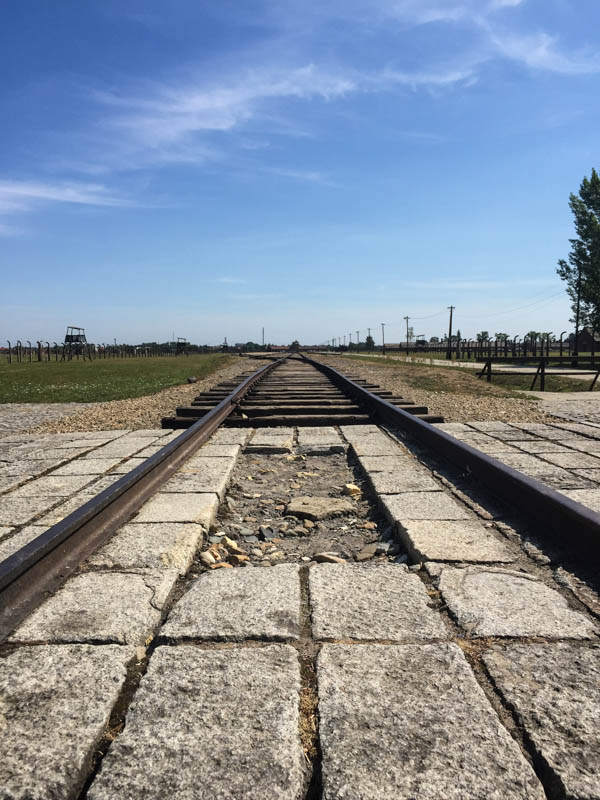 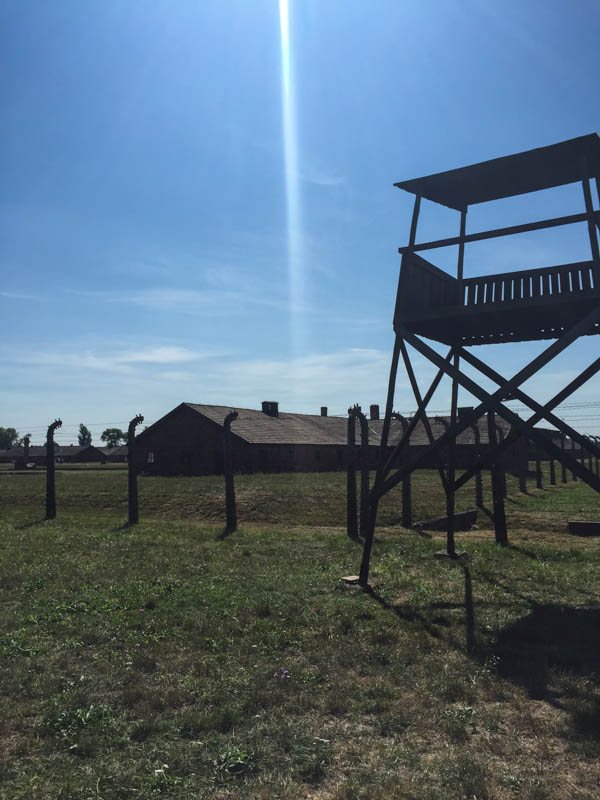 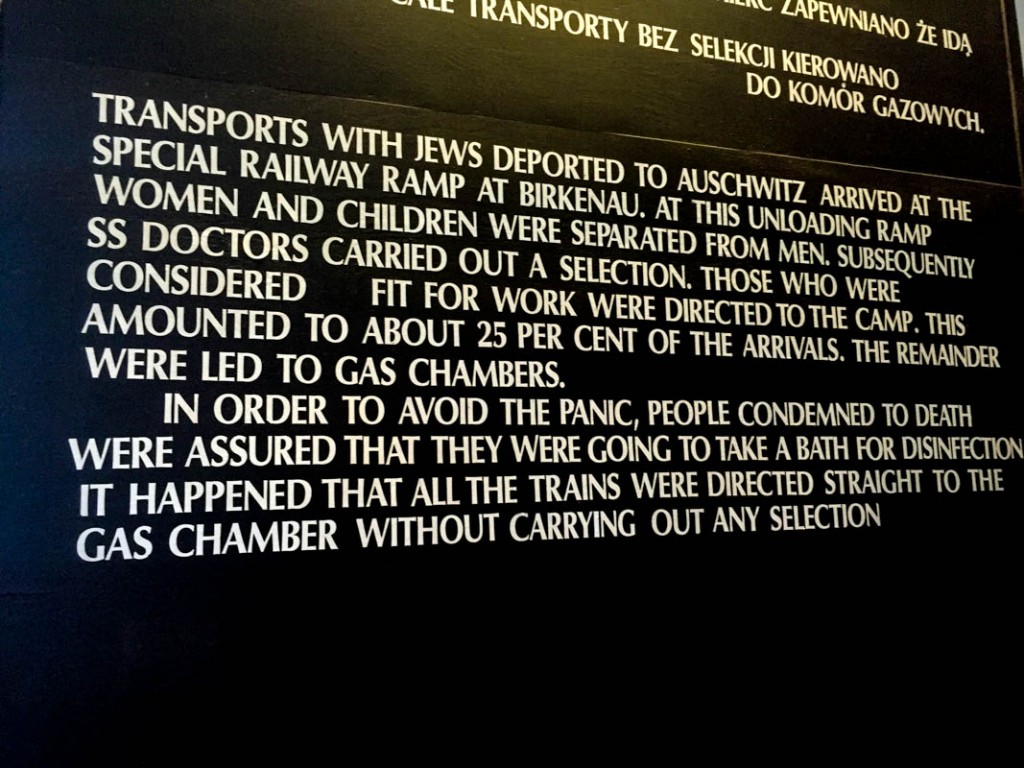 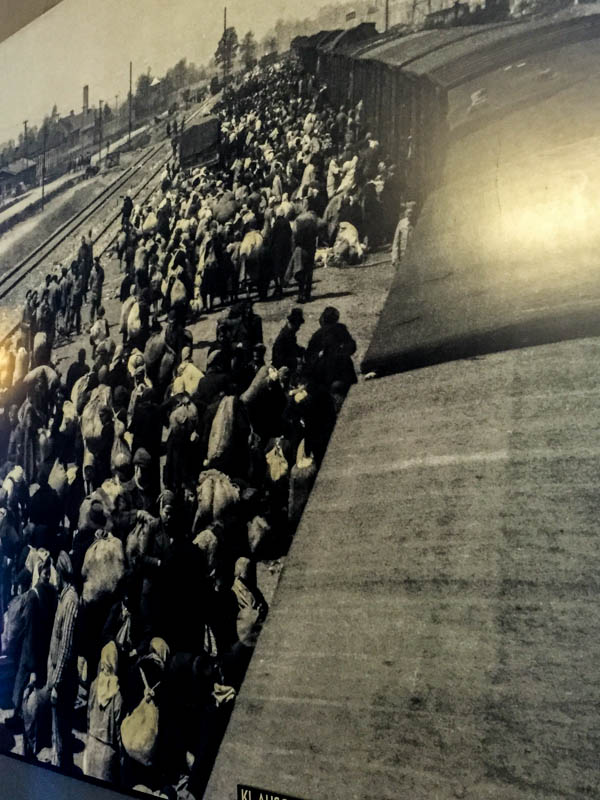 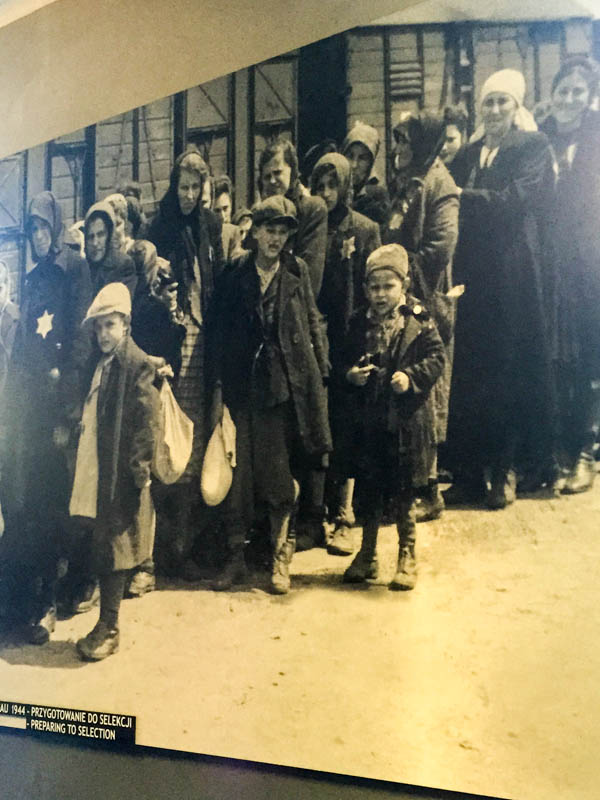 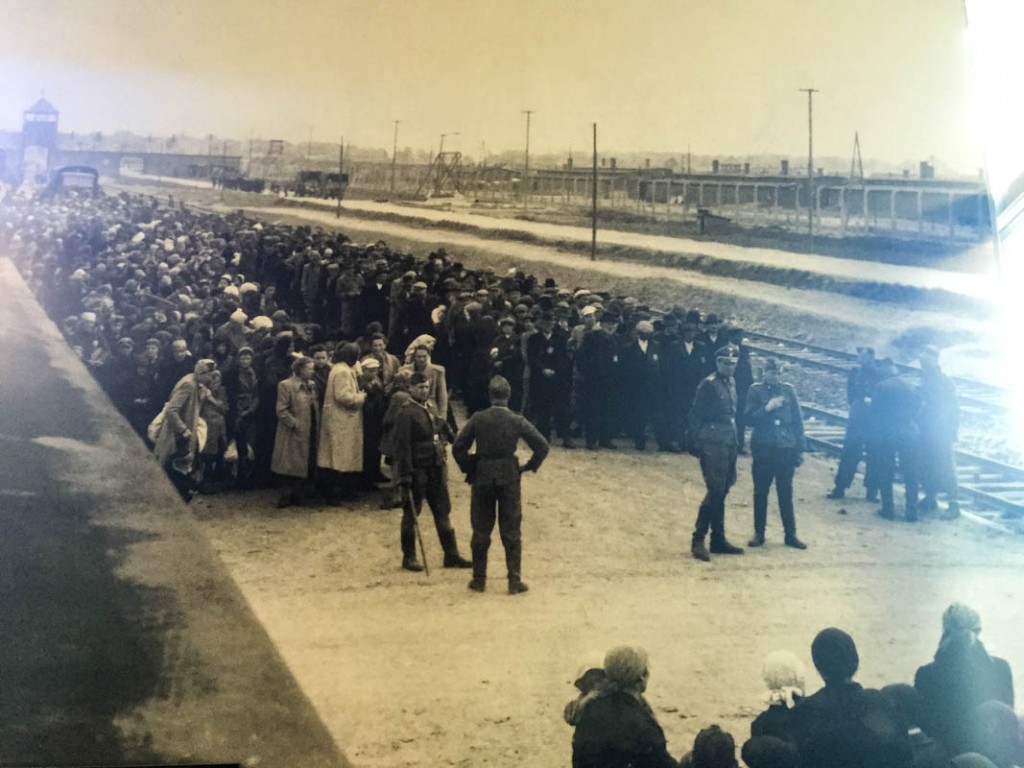 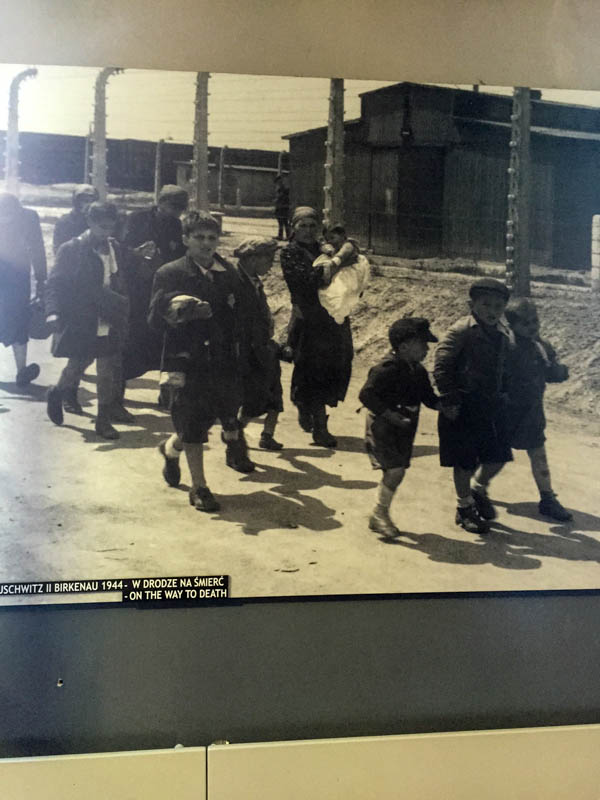 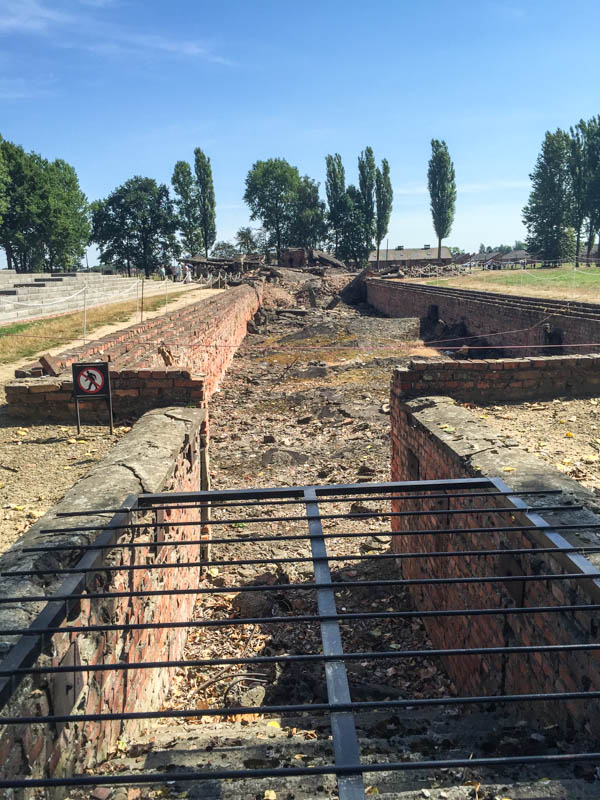 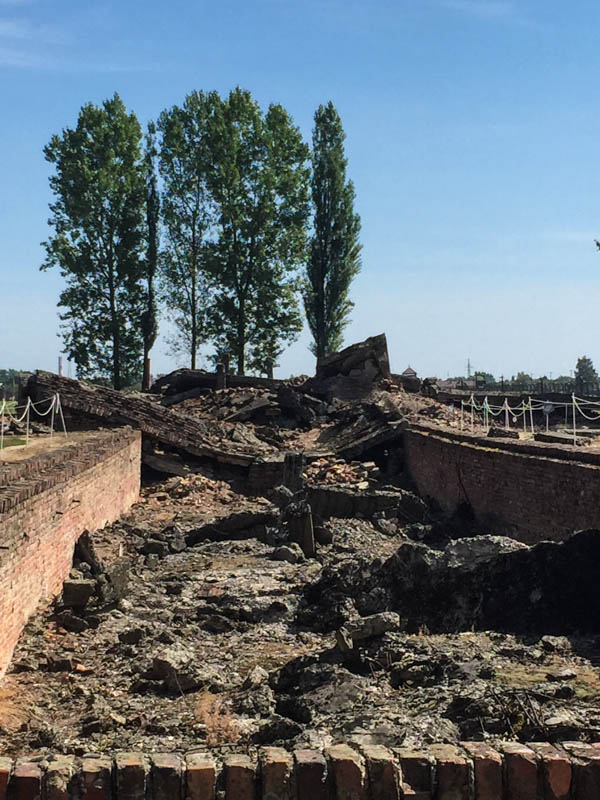 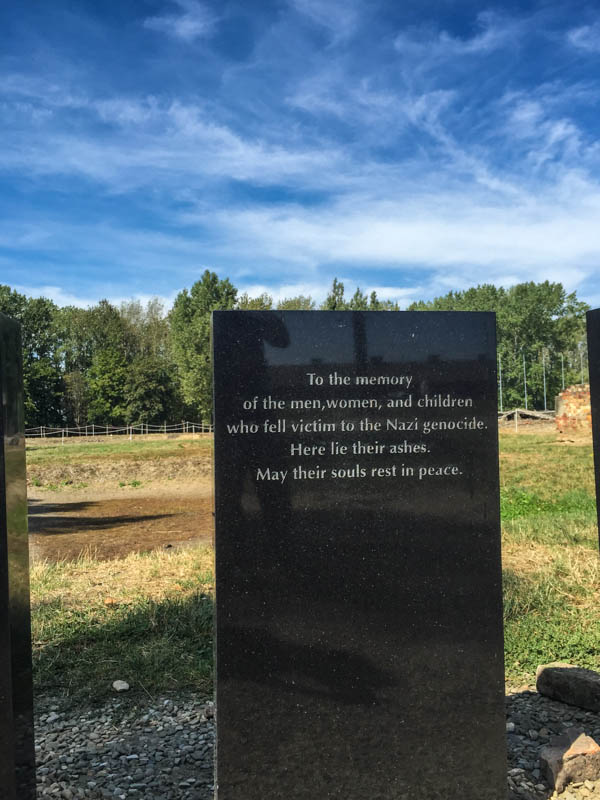 I could repeat here all the facts and figures we learned during our time at Auschwitz or the historical details from the exhibits and our Auschwitz-Birkenau guidebook. But there already has been tomes written on it that could do a much better job than me. After leaving, Chris and I couldn’t stop asking each other questions like, “How could something like this happen? Why did so many people go along with it? Where did hate like that come from?” We felt the need to understand more. After returning home, I searched for more documentaries on the subject and am now midway through a six-part BBC documentary (available on Netflix) called Auschwitz: The Nazis and the ‘Final Solution’. 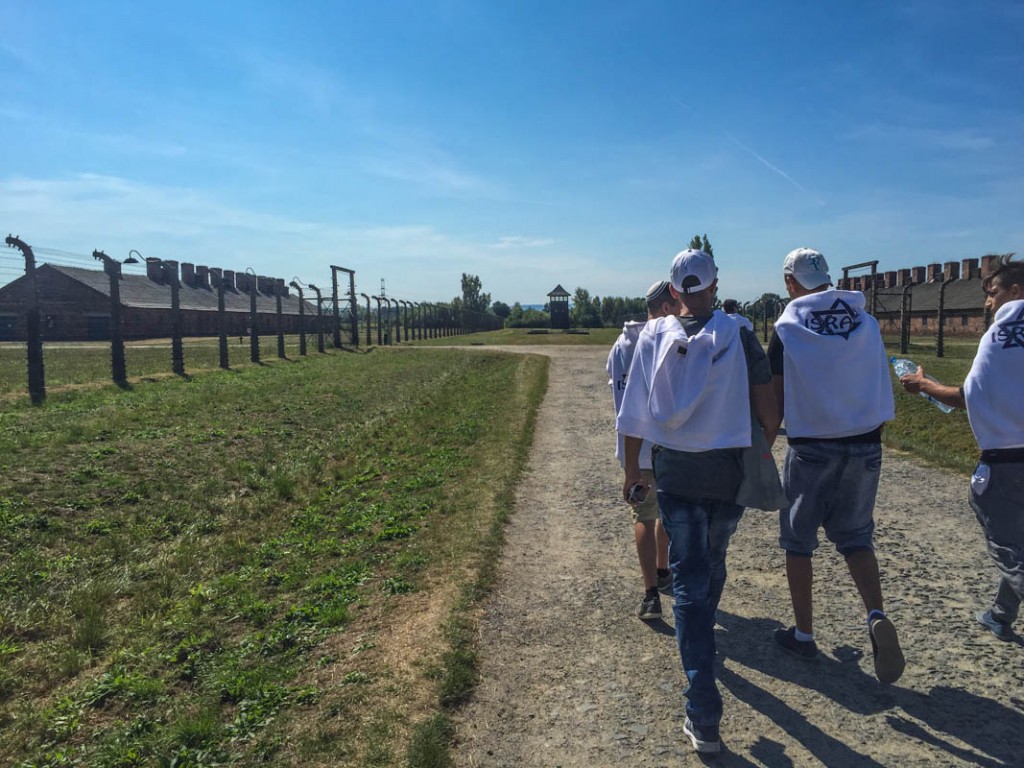 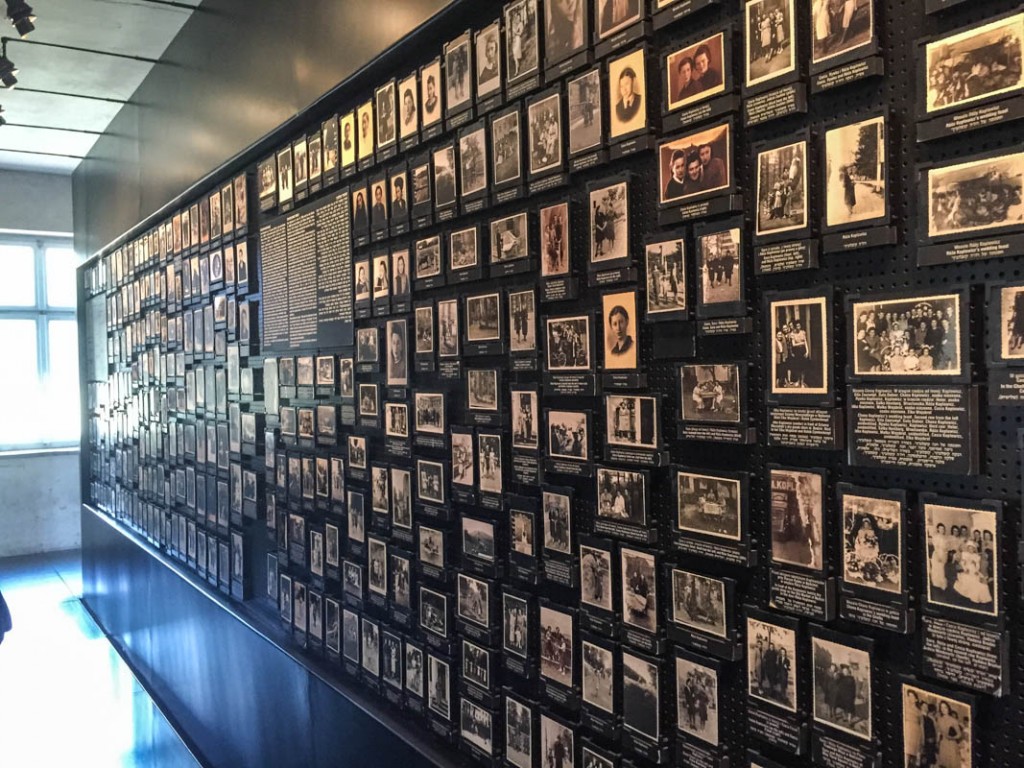 If you are able, go to Auschwitz and see this testament to the darkest corners of human nature for yourself. If you aren’t able to go, don’t relegate the Holocaust to a painful chapter you read in your history book. Help make sure what happened is not forgotten – and never happens again.